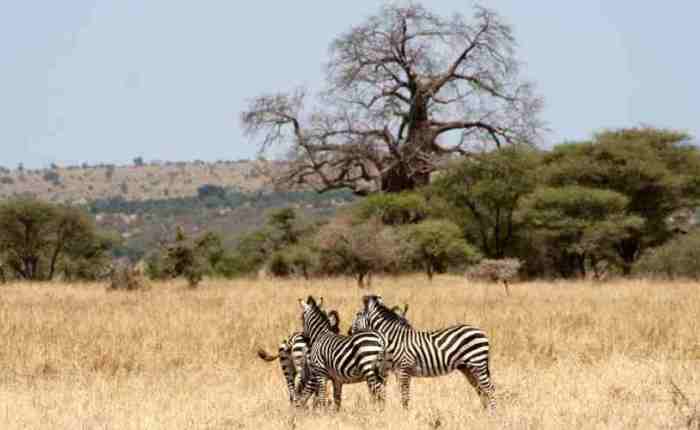 After your breakfast, leave Nairobi at 08:00 hrs and head south to Amboseli National Park arriving before lunch . Game drive and then lunch. Whole afternoon game drive. Dinner and overnight at Tortilis Tented Camp or Similar.

Full day game drive at Amboseli National Park with chance to see rhinos, elephants, zebra and other wild animals. Amboseli has the best Ecosystem in Kenya and is the home to Mt. Kilimanjaro. This Africa’s highest Mountain is viewed best when in Amboseli. All meals overnight at Tortilis Tented Camp or Similar.

Early breakfast and leave for a morning game drive before crossing the border at Namanga and drive to Arusha to arrive in time for lunch. Later proceed to Ngorongoro Conservation Area and set yourself for game drive. Ngorongoro Conservation Area’s central feature is the Ngorongoro Crater, one of the largest intact caldera in the world and one of the most spectacular sights in Africa. The Olduvai Gorge in the neighbourhood is the site where some of Africa’s oldest hominid fossils were found. The Crater has densest predator population in Africa. Elephant, lion, zebra, wildebeest and a host of other resident animals are to be found here. Dinner and overnight at the Ngorongoro Farm House or Similar.

Take picnic lunch with you and descend by 4WD vehicle for a full day crater tour. Picnic lunch at the crater. Ascend back to the Ngorongoro Farm House or Similar for dinner and overnight.

After breakfast leave for vast Serengeti National Park, Africa’s most popular game reserve. There is an incredible number of animals in this vast game park. Wildebeest is the most populous followed by zebras. Elephant is notably scarce. Cheetahs and the rest of the big cats are regularly sighted in the plains. The few remaining endangered black rhino are restricted at the Moru Koppies area. The park is also famous for the wildebeest migration, often described as the most impressive spectacle in the world. Arrive in time for lunch. Afternoon proceed for a game drive. Dinner and overnight Mapito Tented Camp.

Depart in the morning for Lake Manyara arriving for lunch. Afternoon game drive inside the park to search for a variety of wild game and birdlife. Dinner and overnight at Migunga Tented Camp.

After breakfast depart for Arusha arriving for lunch and onwards to Nairobi arriving early evening.