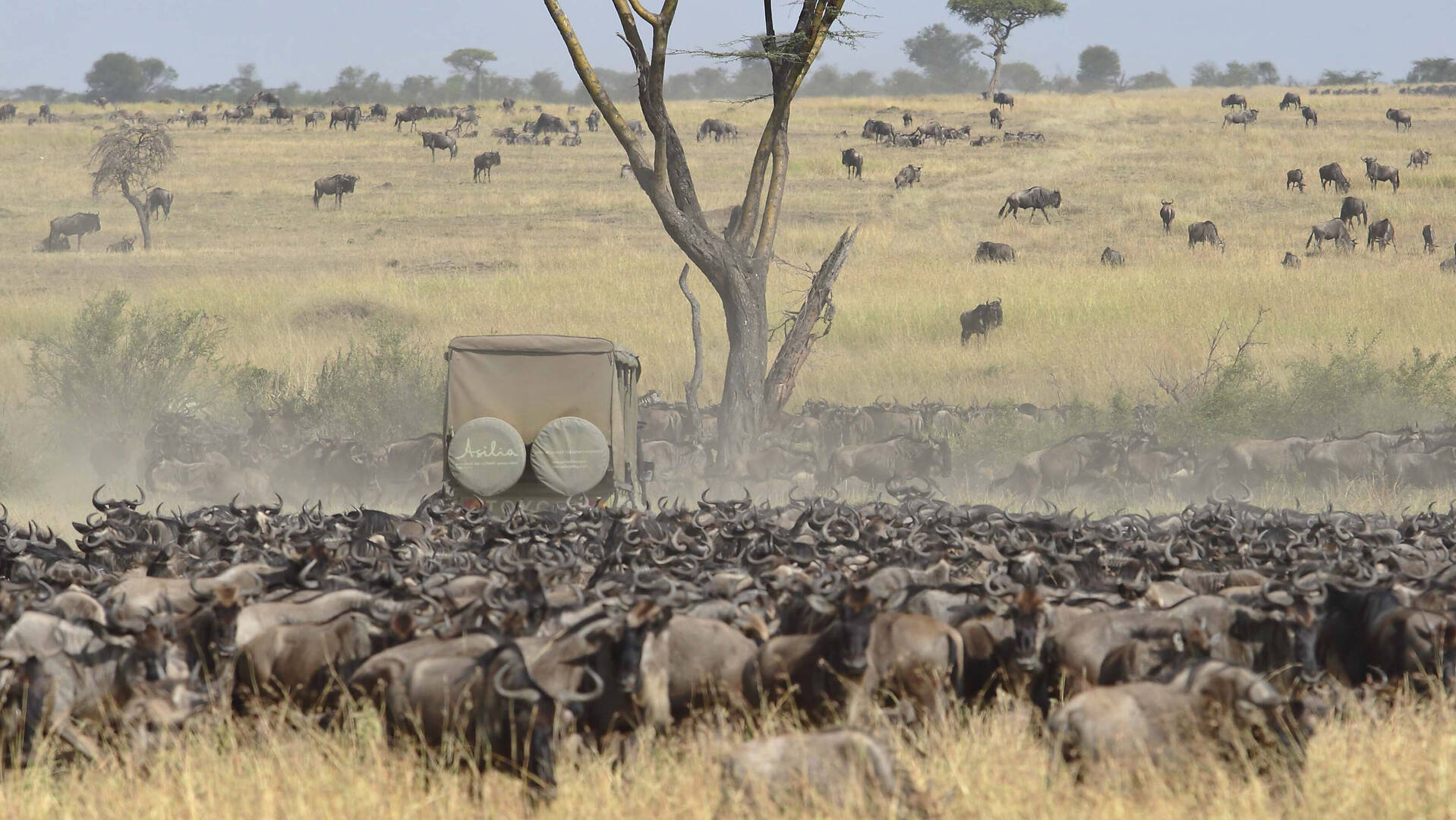 The Great Wildebeest Migration – the annual migration of giant herds of grazers across northern Tanzania and Kenya is a truly spectacular event. Over two million wildebeest, zebras and gazelles move through the Serengeti and Masai Mara ecosystems in search of green pasture, in a regular pattern. This is surely one of the greatest wonders of the natural world.

The Southern Serengeti’s huge grass plains extend into the Ngorongoro Conservation Area. From December to March the Serengeti Migration congregates around Lake Ndutu in the Ngorongoro Conservation Area.  When it reaches the area the herd splits up and spreads out leaving wildebeest herds as far as the eye can see.  Ndutu Lodge and Kusini are the only permanent lodges in the area; Kusini is best towards the end of the period whereas Ndutu Lodge works throughout.  Asilia’s Dunia Camp is also a good option at the beginning of December and again when the herds push north in March.

The Wildebeest migration moves north into the plains of the southern Serengeti with front runners stretching out to the Western Corridor and centre of the park at Seronera.  Asilia’s Dunia Camp is a great option at this time as are any of the central Serengeti hotels such as the Serena or Sopa.  Early herds may well have pushed up to the Grumeti River Camp,